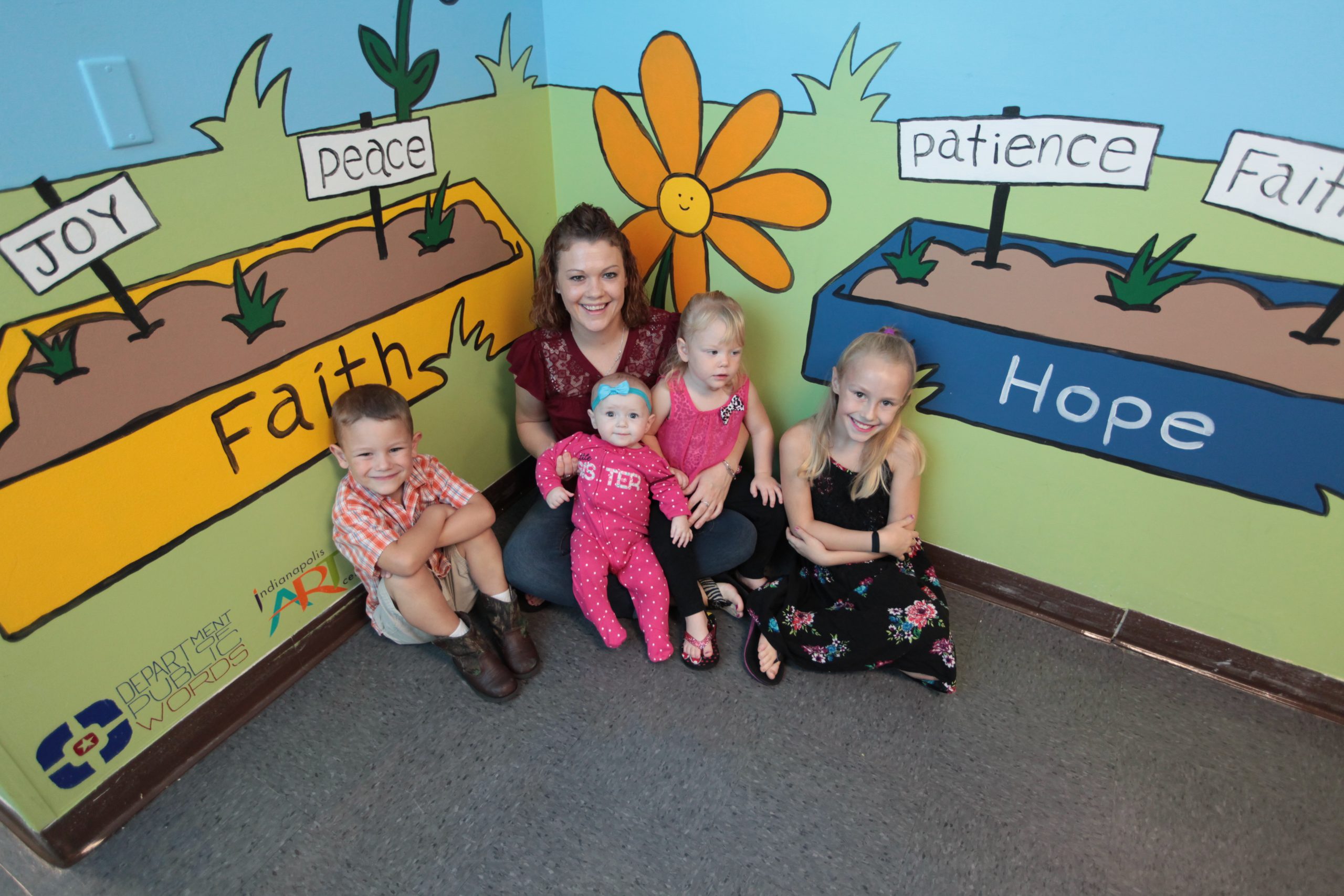 Relief from the cold.

Several years ago, we served a young woman named *Jill and her two small boys. Jill and her boys had been sleeping in her car because Jill was afraid that if it was discovered that she was homeless with her children, her children would be taken from her. This was the year of the frigid polar vortex in Indianapolis, and eventually her plan became too much to bear. So Jill and her boys, Scott and Joshua, reluctantly came in to sleep in our gym during Winter Contingency.

As she began to feel safe and form relationships with guests and staff, she agreed to move her little family into our emergency shelter. From there, she entered our program, and from there, she moved to a job and home.

Over the course of the year she was with us, her youngest son, Randall, was born. Scott, Joshua, and Randall participated in our onsite childcare and formed close relationships with staff. So much so that years later, when Scott was experiencing some preteen angst, he briefly ran away from Jill and ran TO the CWC!

This little family is just one of many that we’ve been able to love on over the years. The new expansion of the CWC will allow us to extend our care from 9 families at a time to 30 families – an average of about 120 individuals! The new facility will have 10 individual family units on each of its 3 floors, with a residential kitchen, classroom, laundry facility, and staff office within an open concept floor plan.

A rendering of the soon-to-be expanded Center for Women & Children in Indianapolis.

Honestly, the kitchen is what I’m most excited about. Moms will be able to cook meals for their own children (think special birthday dinners). And even when they don’t want to do that, they’ll be able to eat family style with the other families on their floor, with the food lovingly prepared by Wheeler staff in our centralized kitchen. This is one of the special touches that have been added to the new plans. Others include: designated stroller and car seat “parking,” new indoor and outdoor play spaces, and a completely renovated onsite childcare area. It’s going to be A-MAZING.

Spread the word! We need to get this up and running so the next family like Jill, Scott, Joshua, and Randall. They are so worth it!

*names have been changed to protect the confidentiality of those involved.