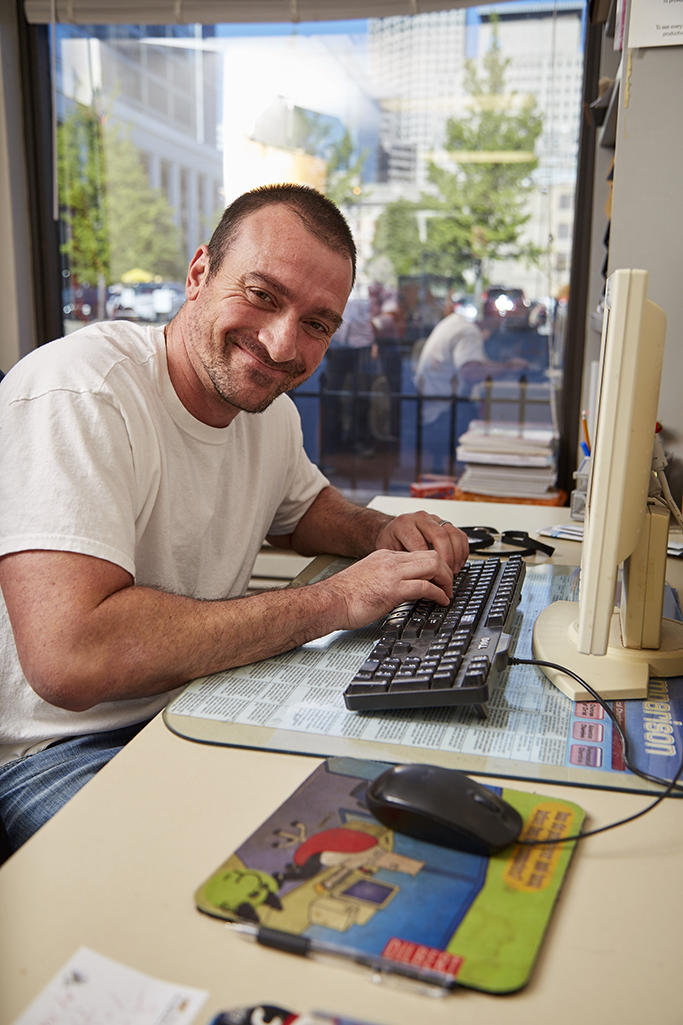 “I asked God to do whatever He had to do in my life.”

Jesse’s dad taught him construction – building houses to be solid and lasting. “I can build a house, the interior, exterior… anything.”

But from a young age, Jesse’s dad also taught him about addiction. “When I hit about 8 or 9, I realized that my parents were addicts and alcoholics,” Jesse says. “My mom would scare me to death driving home drunk. My dad died of a drug overdose when I was 30.”

Jesse learned from his parents’ example. He got in trouble for alcohol-related offenses as a teen. And at 16, Jesse’s father introduced him to drugs.

As an adult, his drug addiction tightened its hold. “I just spiraled,” he remembers. “It was compounded by the fact that I was full of rage too.”

When Jesse found himself homeless, he came to Wheeler and joined our addiction recovery program. But looking back, he says, “I didn’t really want to change.”

Within a week of leaving our program, Jesse had returned to his addiction. As months passed, he felt broken. He finally knew he had to change his life.

God was already at work! Jesse bumped into two friends who’d gone through our recovery program at Starbucks one day.

“My wife and I were both sick from drugs. We hadn’t slept in a few nights, “ he says. “These two guys could see that we weren’t doing well and they called the intake manager at Wheeler… and, by the grace of God, he got us both into the program.”

This time, Jesse was really ready to change everything. “I prayed and asked God to do whatever He had to do.”

Through counseling, life-skills classes and work training, Jesse has finally let go of his anger and the unhealthy patterns he learned from his parents. And studying the Bible has strengthened his relationship with the Lord. “I read the Bible and it’s alive to me now… God speaks to me through it.”

Today, Jesse and his wife are both doing well and just welcomed a baby girl into their family! With a heart of thanksgiving, he shares these words: “Wheeler Mission saved my life twice. I’m so grateful that they’re here.”